Family histories are not always what you may expect in Ireland, and can be difficult to find

Married to a family historian, Felicity is learning more about her ancestral West Cork heritage. It is always difficult to find out how Irish society has worked and where information can be found from overseas. Having resettled back in West Cork, this is an interesting trail for both of us.

Like many people, research starts from a few family stories and incomplete pencil notes by a late elderly relative. While many records are lost in Ireland’s turbulent past, there is often someone who is related (or not) “who knows someone, who knows someone who knows something”. This is only found on the ground when talking about family and local history. Many families have an oral tradition going back many generations that fill in gaps that can no longer be found in records. Sadly, modern life increasingly restricts this information to a passing older generation. However, there are many gems to be found on snippets of paper tucked away in the back of drawers and cupboards.

While Mark’s Irish roots are known only from their first appearance in England in 1822, an examination of Felicity’s ancestral surnames shows there is no doubting her ancestral roots. Many of these family names are traditionally longstanding Catholic Irish, such as (with or without the O’) BRIEN, CONNELL, DONOVAN, FITZPATRICK, LOWNEY (SULLIVAN Laune), NEILL and SULLIVAN. Researching church records is frustrated by the Diocese of Cork not insisting on church records being kept until relatively recent times. Consequently, anyone with ancestry in Clonakilty will not find records prior to 1809, and 1819 in Dunmanway, as examples. Felicity’s families provide a historical snapshots of Ireland through the recent two centuries.

Derryduff, near Rosscarbery, the ancestral townland of the Fitzpatricks

With a FITZPATRICK connection, through marriage, to the family of West Cork hero Michael COLLINS, and a great uncle that participated in the Kilmichael Ambush, in many ways Felicity seems to be related to almost everyone around the district. Therefore, it is understandable why she feels so much at home. 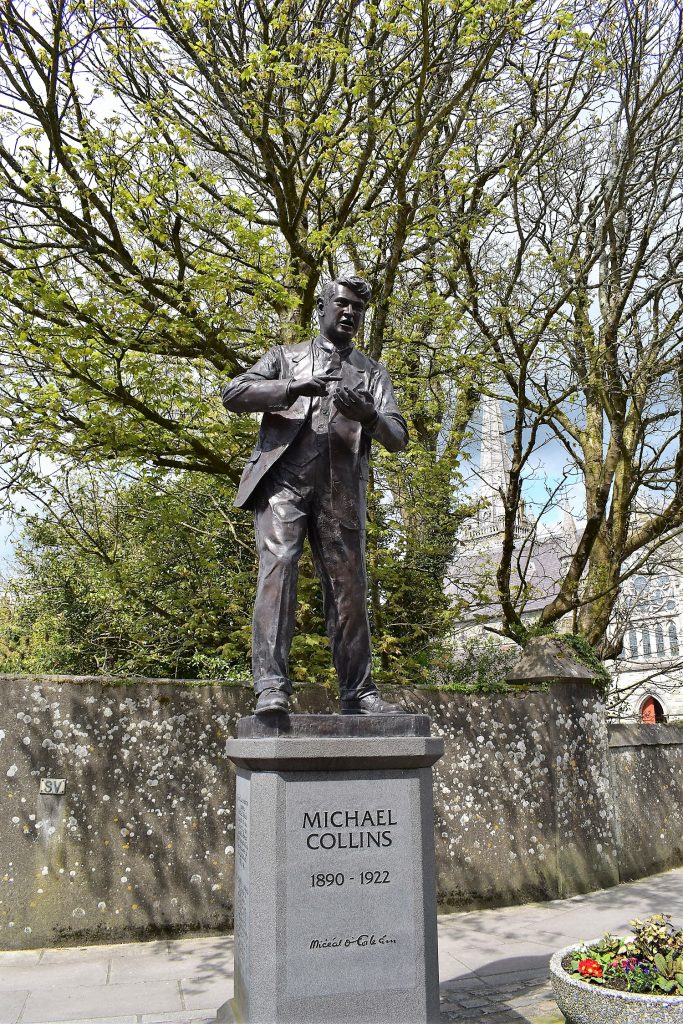 The statue of Michael Collins in Emmet Square, Clonakilty

Guests at Ballynoe House can discuss their family history with the resident genealogist. This can be anything from an introduction to the lives and origins of their grandparents, or more in-depth investigations. A significant research network has been established that will allow guests to follow up anything they find of interest in families connected to West Cork and the wider British Isles. The interest in Irish genealogy is very popular, despite the difficulties, and West Cork benefits from many research groups and individuals who will help for free. Americans of Irish heritage can find it especially difficult when their ancestors are simply recorded as coming from Ireland. The popularity of DNA testing has meant a new avenue of exploration has opened up.

Where you can get free help with your Irish Ancestral Research

My Irish Genealogy (“The Geneal Geologist”)