DNA can also mean “Do Not Assume”

In genealogy and family history research, it is important to keep an open mind. Life is life, with all its complexity. Arboreal analogies include tripping over “fallen branches” and “gnarled old roots”, as well as being hit by “the odd coconut”. DNA allows a different perspective, and it may reveal truth hidden by conventional paper trails.

This has become increasingly relevant as many Christmas trees this year had DNA testing kits under them. Some of them may reveal substance to some family stories or bring new revelations to the fore. Some testers have questions they need answering, whereas others may well be asking questions of their family. Testing for your ethnicity can be fun, but you also need to be ready for what the results may provide.

The Additional Complexities of Irish DNA

Both Felicity and I have tested atDNA using the Ancestry autosomal test kit, i.e. there is DNA information from both mother and father. We chose this test because it was easier to integrate the decades of research already in our tree on Ancestry. It is also affordable compared to some other tests, and therefore rapidly becoming a modern gift.

The complexities of Irish DNA were highlighted when our results came back. Whereas my mainly traditional British heritage was clear, I had less than ninety “4th cousins or closer” estimated from DNA matches. By the end of 2017 I had resolved about 45% of these, mostly because the English paper trail can be followed for many centuries. Felicity’s “4th cousin or closer” matches totalled around 400, most of which remain, and may remain, unresolved; the exception being the more unusual surname of MENNIS which has proven much of the paper trail discussed in a previous post, mainly thanks to the popularity of the atDNA test in US-emigrant families.

Most Irish are a mixture of neighbouring families who often intermarried in their relatively closed societies, and much of this happened before church records appeared. This is particularly so in the further reaches of West Cork, such as the Beara Peninsula and Skibbereen. Most Irish in West Cork have found themselves historically related to many other testers, and it may be difficult to prove a relationship on paper closer than 3rd cousins without additional family information. This may prove frustrating to some, but may provide a geographical focus for others from overseas who want to know more about which part of Ireland their ancestors came from.

We Are All Mongrels

The following images graphically reproduce the ethnicity estimates based on our genetic results, as they are good illustrations.

For me, it correctly shows the British Midlands focus of my more modern ancestry (brown), which itself was a draw in the Industrial Revolution to people from all over the British Isles. This is where my Irish (darker green), Welsh (lighter green) and English rural counties (yellow) genetic input comes from. The Scandinavian (blue-green) and Western Europe (blue) reflects many immigrant populations over the centuries from Viking settlers to Huguenots seeking refuge (where I have a number of family names with Norman-French origins). It is the history of Britain in a nutshell and defines what it is to be English today. 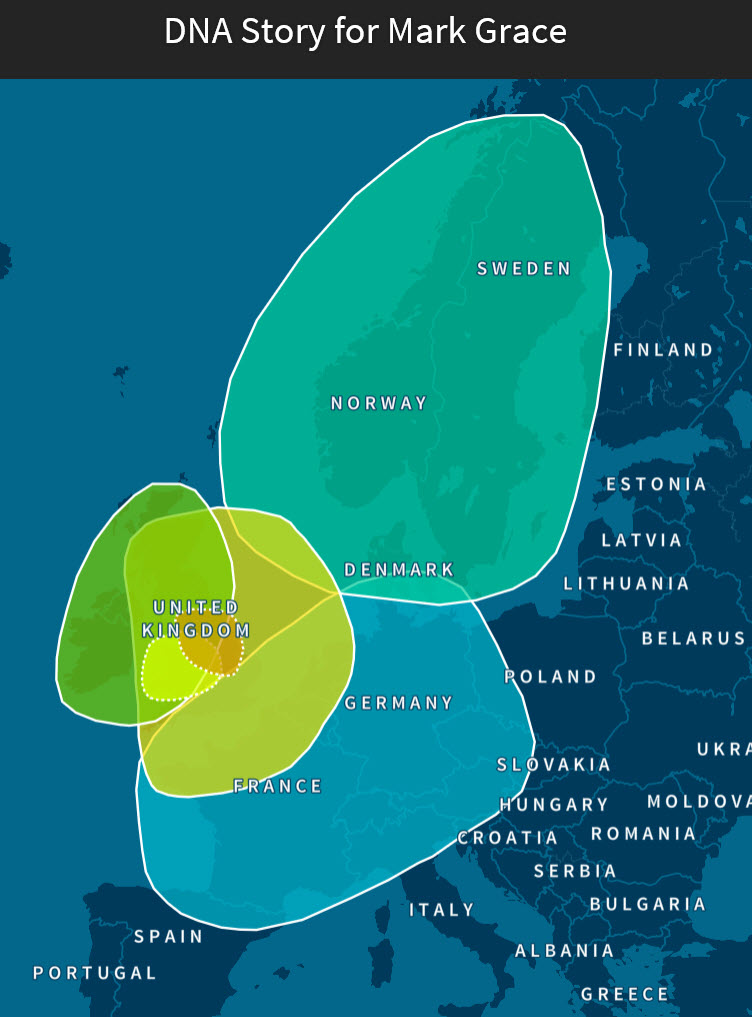 Felicity’s ancestral focus is definitively Munster (brown), however the truth is that there will be few Irish people who can demonstrate that they have 100% Irish genetics. Due to settlement in Ireland over the centuries, her DNA reflects the genetic input from Britain and the continent, the latter being more detailed in my own ethnicity. Munster is a mix of Catholic Irish and Scottish and English Protestants, and her ethnicity reflects the broad section of West Cork today; discoveries only recently made on the paper trail. 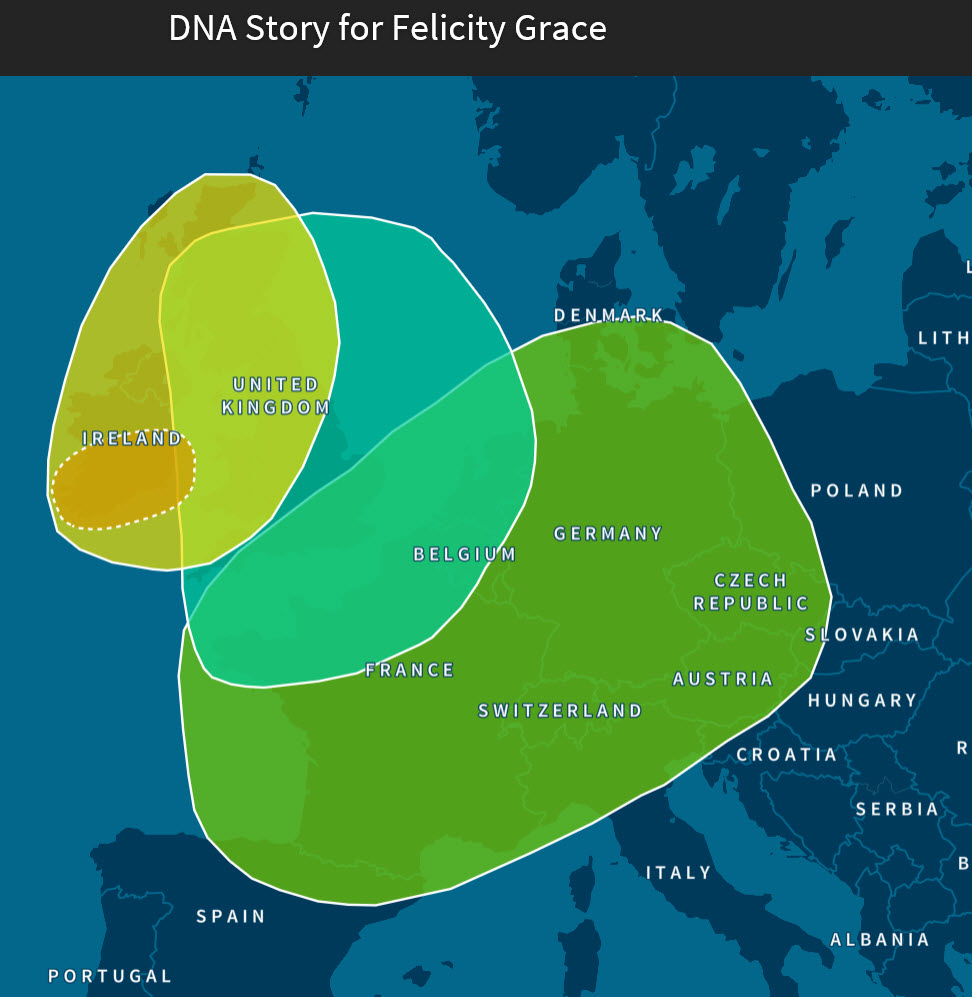 In the following post, I will provide a personal example of how DNA was successfully used to solve a 170-year-old family mystery.