The MENNIS Family in West Cork

The MENNIS family is a uniquely small family group in West Cork, part of Felicity’s heritage. In early 2017, Mark completed a local one-name study, compiling all the available stories and records, indicating that they were all part of the same family. Comic newspaper readers will ask if there was a Denis (Irish spelling). Yes, indeed. There were three. 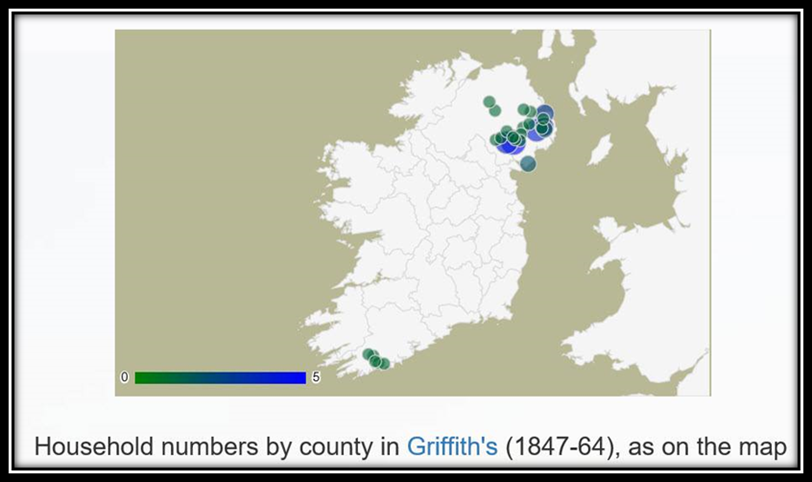 Interestingly, branches that had any information (including US families descended from Irish emigrants in the 1820’s) had the same story about the family origins. The story begins with a soldier (assumed to be part of Cromwell’s army in Ireland, to account for timing), the son of Presbyterian minister, who retired and settled in Ireland, marrying a local girl. Her name was simply Miss GALLOWAY, so the connection may be Scottish. The wives of the descendants were all O’DONOVANs, so presumably there was a conversion to Catholicism and settlement in West Cork before church records pick up the story in 1819. Felicity’s great great grandfather, John MENNIS, owned the flax mill, the remains of which can be seen in the middle of Reenascreena. The MENNIS family were farmers in the area until recent times, and were involved throughout the whole process of growing, processing, milling and weaving of fibres into cloth.

Although the MENNIS name has now almost disappeared from West Cork, some the family trails lead back towards Ballynoe House. The farming family of SCULLY in Ardfield are MENNIS descendants and have, for a number of generations, owned the neighbouring Dunowen Farm; the present owner, Michael, turns out to be Felicity’s fifth cousin. On the 1901 census, a MENNIS cousin was also found working as a servant in the hamlet of Farran, the ruins of which can be seen overlooking Ballynoe House. The popularity of DNA testing has ensured that most of the deductions based on the paper trail have now been proven to be correct, especially through many descendant families now living in the United States. 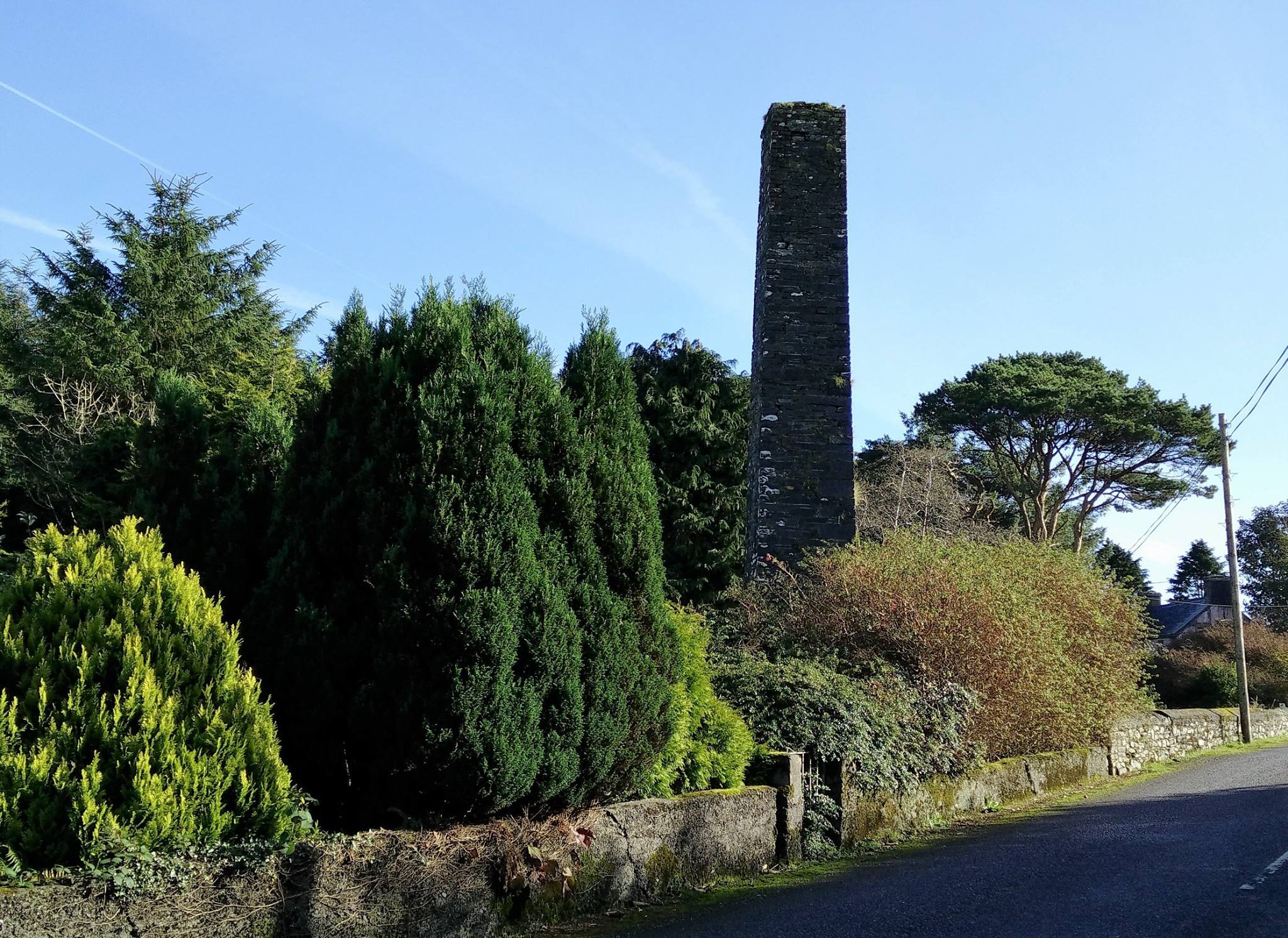 The remains of the Flax Mill in Reenascreena 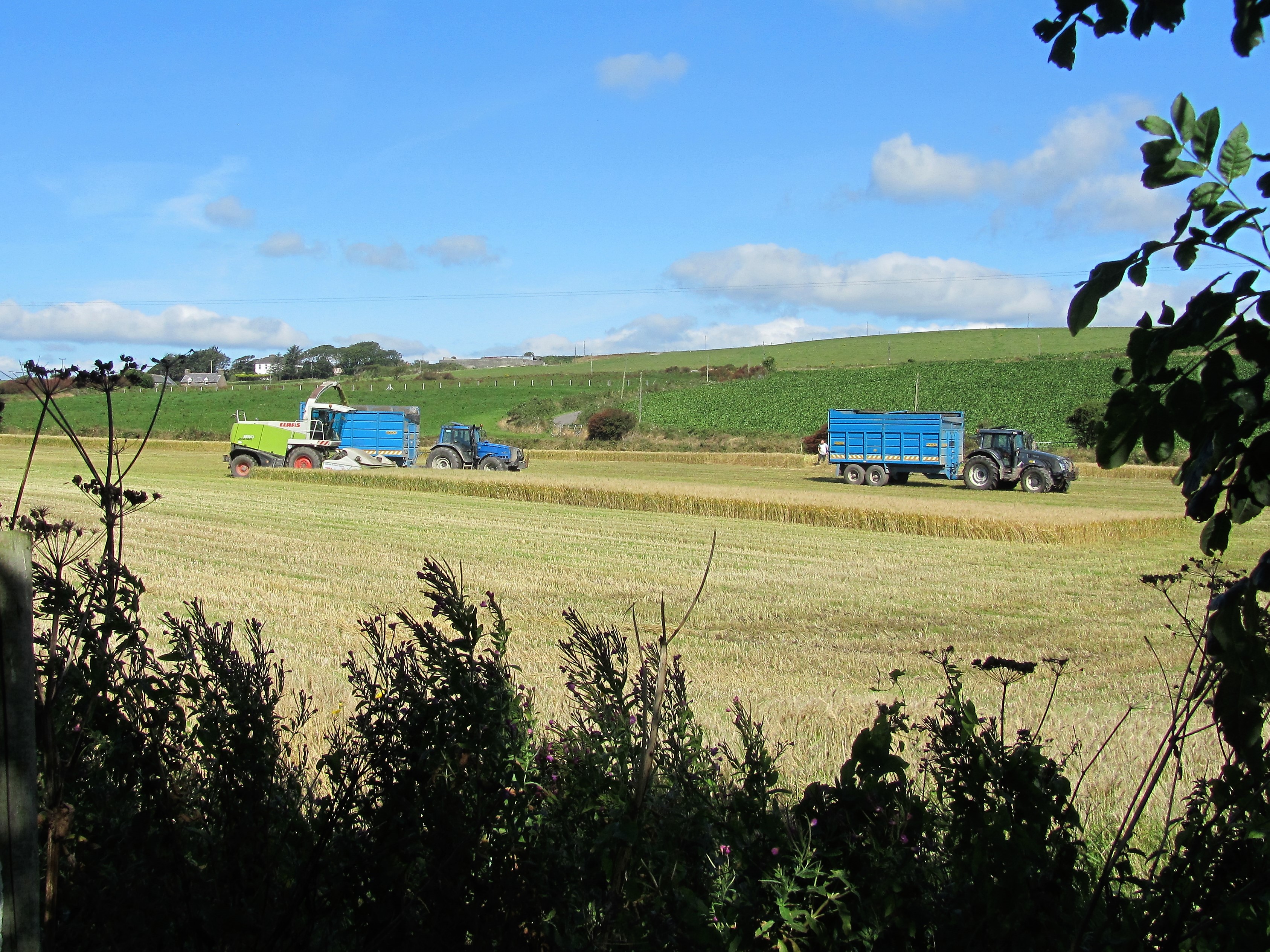 Harvesting in the Field Next to Ballynoe House in Dunowen