There are many who claim or seek a connection to “The Big Fella”, General Michael John COLLINS (1890-1922). I continue to look into Felicity’s family tales to see if the public record supports this. 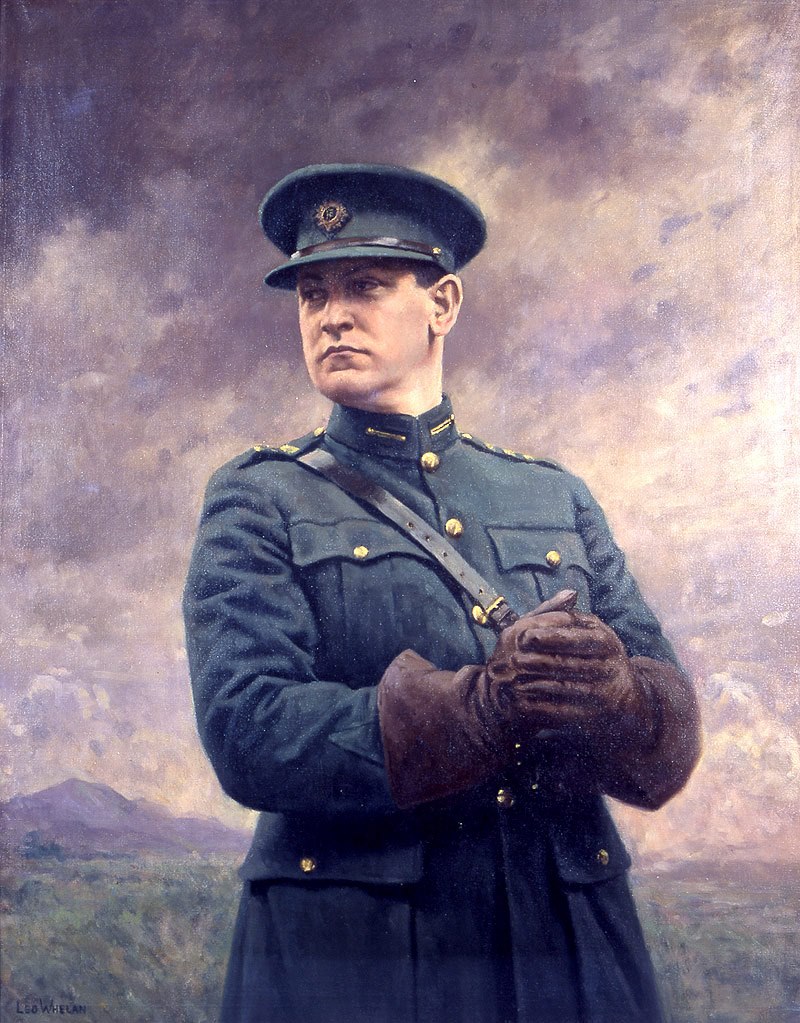 The FITZPATRICK family of Derryduff (near Rosscarbery) are recorded in various places including Coolcraheen. Felicity’s 1C2R through the family, Catherine “Kate” FITZPATRICK (1875-1913) married Denis McCARTHY (1886-1962) of Saroo (Reenascreena) in 1912. She died shortly after her marriage at Derryduff, apparently without issue.

Denis remarried Kathleen “Kate” COLLINS (1891-1956) in 1918 (d/o James & Mary Ann of Tullineasky) and lived at Ballinavar in Derryduff, the original FITZPATRICK homeplace, having now passed into the hands of the McCARTHYs. This may be an indirect connection to the wider COLLINS family.

The main family story is supported by a known COLLINS family member, Lt. Gen. Seán Collins-Powell (1905-1991), GOC of the Irish Army between 1961 & 1962 and nephew of General Michael Collins. He was aware that my wife’s grandfather, Felix O’NEILL of Reenroe (1885-1950 Kilgarriffe, Clonakilty) and Michael COLLINS were “2nd cousins”. This has not yet been proven on paper. Assuming this is true, then it could be through Felix’s grandmother Kate COLLINS (later MENNIS) who was born before church records and lived in Saroo.

Due to many local families intermarrying, further connections are possible. It is clear from the small amount of atDNA data gathered so far in support of investigations into both West Cork families that there is, unsurprisingly, clear indications of shared ancestry between two separate ancestral lines for the O’NEILLs (perhaps through COLLINS and O’BRIEN) and the FITZPATRICKs from the wider area between Clonakilty & Rosscarbery.