Across the Religious Divide in Ireland

Genealogical research patterns are common to many Irish families and are sometimes surprising. As an example, more historical religious tolerance can be found than outsiders might expect for the public history of Ireland. Catholic/Protestant intermarriage is not uncommon. In fact, family members have been known to “flip-flop” between faiths according to convenience. Disenfranchised Catholics found better employment and prospects as Protestants, and conversion prior to marriage happened both ways.

While the couple married in Wilmington, Delaware, USA, how they met is still a mystery. Daniel was a barman working in Wilmington, whereas she gave her address as Pennsylvania. They eventually returned with their “American Dollars” to Ballydehob in 1904, a booming market West Cork town at the time, and opened a poultry shop. They later ran a nearby pub. Stories about the highly-respected couple still exist in the town, with census records confirming the understanding between them that any boys would be raised as Catholics and any girls would be raised as Protestants. There were two daughters born in Ballydehob.

The shop is now gone, but its’ location is commemorated as part of the annual St. Patrick’s Day celebrations in Ballydehob. Even though Daniel O’CONNELL had no middle initial, he was widely known as “DG” to distinguish him from the other Daniel O’CONNELL, the grocer aka “Danilo”. It is suspected the G is for Gertrude. The road junction where Daniel retired to after his wife’s death, outside of the town, is still known as “DG’s” today. 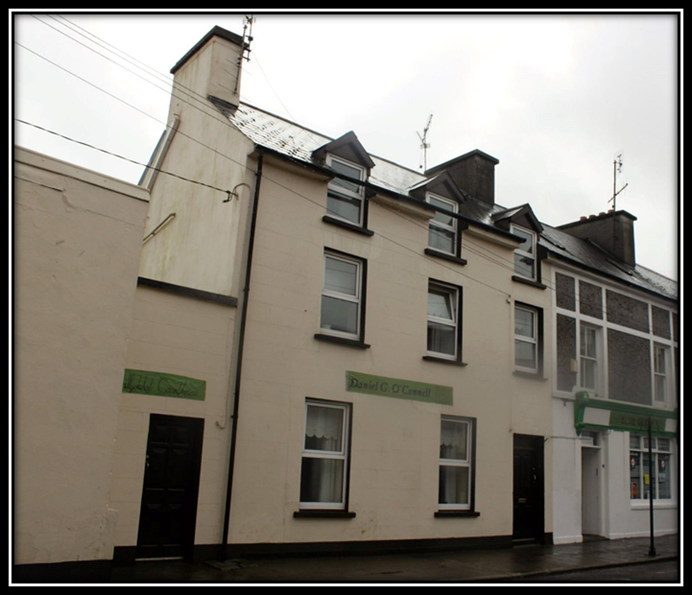